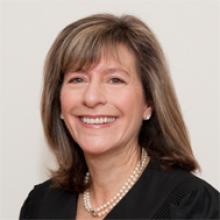 Amy Berman Jackson was appointed as a United States District Judge in March of 2011. Prior to joining the Court, she was engaged in private practice in Washington, D.C. as a member of Trout Cacheris, where she specialized in complex criminal and civil trials and appeals. Earlier, she was a partner at Venable, Baetjer, Howard, and Civiletti. She began her career as a law clerk for the Hon. Harrison L. Winter on the United States Court of Appeals for the 4th Circuit, and she served as an Assistant United States Attorney for the District of Columbia, where she received Department of Justice Special Achievement Awards for her work on murder and sexual assault cases.