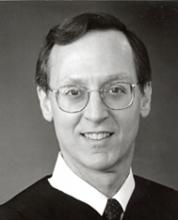 Judge Bates was appointed United States District Judge in December 2001. He graduated from Wesleyan University in 1968 and received a J.D. from the University of Maryland School of Law in 1976. From 1968 to 1971, he served in the United States Army, including a tour in Vietnam. Judge Bates clerked for Judge Roszel C. Thomsen of the United States District Court for the District of Maryland from 1976 to 1977 and was an associate at Steptoe & Johnson from 1977 to 1980. He served as an Assistant United States Attorney for the District of Columbia from 1980 to 1997, and was Chief of the Civil Division of the U.S. Attorney's Office from 1987 to 1997. Judge Bates was on detail as Deputy Independent Counsel for the Whitewater investigation from 1995 to mid-1997. In 1998, he joined the Washington law firm of Miller & Chevalier, where he was Chair of the Government Contracts/Litigation Department and a member of the Executive Committee. Judge Bates has served on the Advisory Committee for Procedures of the D.C. Circuit and on the Civil Justice Reform Committee for the District Court, and as Treasurer of the D.C. Bar, Chairman of the Publications Committee of the D.C. Bar, and Chairman of the Litigation Section of the Federal Bar Association. He was a member of the Board of Directors of the Washington Lawyers Committee for Civil Rights and Urban Affairs. In 2005, he was appointed by Chief Justice Rehnquist to serve on the U.S. Judicial Conference Committee on Court Administration and Case Management. In 2006, he was appointed by Chief Justice Roberts to serve as a judge of the United States Foreign Intelligence Surveillance Court, and he served as Presiding Judge from 2009 until 2013, when he completed his term of service on that court. He was then appointed by Chief Justice Roberts, with the concurrence of the Judicial Conference, to serve as the Director of the Administrative Office of the U.S. Courts, and served in that capacity until January 1, 2015. Since 2015, Judge Bates has been Chair of the Advisory Committee on Civil Rules of the Judicial Conference.